HOME
About Us Personnel Biographies Recordings
What's On Tickets
CONTACT US


KEITH ALLEN was born and educated in London – he was awarded a scholarship to the Royal College of Music, London studying clarinet with Basil Tchaikov and piano with Bernard Roberts. He subsequently undertook post-graduate studies in Education at Birmingham University; has been awarded a Fellowship of Trinity College, London, and also holds a Bachelors degree from Kingston University and a Masters degree from the University of West London. He played clarinet and saxophone in numerous orchestras, and has worked with the City of Birmingham Symphony Orchestra and the Royal Shakespeare Company in Stratford-upon-Avon. He was the Saxophone Tutor at Birmingham Conservatoire and also held various posts with Birmingham Education Department, including being the Head of Music Service for the city. Keith Allen founded Birmingham Symphonic Winds in 1992 to meet the demand of players in the area wanting to perform with a high quality wind ensemble. Since then Birmingham Symphonic Winds has represented the UK at both the 1997 WASBE Conference (Schladming, Austria) and the 2007 WASBE Conference (Killarney, Ireland), and performed Gala Concerts at the 1999 RNCM International Wind Festival in Manchester, and again in 2004. At Easter 2000, Birmingham Symphonic Winds gained First Prize at the 4th International Wind Band Festival in Strasbourg, France. In December 2003, Birmingham Symphonic Winds were in Chicago, as the first UK ensemble ever to perform a concert at the prestigious Midwest Clinic. were selected to perform a concert for BBC Radio 3 in 2008, and in April 2011 were invited to present a programme of British music by Distinguished Concerts International New York at the Lincoln Center, New York. has been presenting its own concert series at the prestigious CBSO Centre, Birmingham since 1998.

Keith Allen is an experienced conductor and adjudicator who has been working with a wide range of orchestras, choirs and youth ensembles for a number of years. He has conducted at many of the major concert halls in the UK, including the Royal Festival Hall, Royal Albert Hall, Queen Elizabeth Hall in London; Fairfield Hall, Croydon; Symphony Hall and Town Hall in Birmingham; The Sage Gateshead. As well as being an accomplished woodwind and keyboard player, Keith Allen has always retained an active interest in vocal music and has been the Musical Director for over 40 shows.

Keith Allen is the Music Director of Birmingham Symphonic Winds, Director of ncbf (National Concert Band Festival UK). He has conducted Solihull Youth Wind Orchestra since 2004 and from 2005 - 2007 was conductor of Katabatic Winds, the regional youth wind ensemble based at The Sage Gateshead. His busy schedule includes adjudicating across all musical genres at a numerous music festivals in the UK, plus tutoring on the annual European Youth Summer Music Course. At the end of 2001, he spent a month conducting and promoting British music in Australia and from 1999 – 2004 he was the Consultant Editor for the new Faber Music Wind Band Series. He is a regular visitor to American Universities conducting British repertoire and in March 2006 presented a lecture at the CBDNA Conference at the NorthWestern University, Illinois and had conducting engagements in the USA with Minnesota Intercollegiate Honors Band, University of Minnesota Duluth Symphonic Wind Ensemble and Twin Ports Wind Orchestra in February 2011 and will be returning to the USA later this year and has been invited to conduct at the Conservatorio de Tatui, Sao Paulo, Brazil in August. 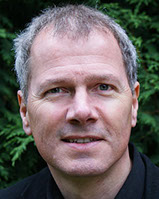 
MARTIN ELLERBY was born in Worksop in 1957. After graduating from the London College of Music he studied composition with Joseph Horovitz and counterpoint with W. S. Lloyd Webber at the Royal College of Music. Following this, an Allcard Award from the Worshipful Company of Musicians, enabled private studies with Wilfred Josephs.

He has written in most forms including 7 symphonies, 13 concertante works and a Mass for choir and orchestra. He has also written test pieces for all the key brass band contests (Tristan Encounters, Chivalry, Elgar Variations, Electra etc.) and much repertoire for concert band (Paris Sketches, Venetian Spells, Meditations, Via Crucis etc.). He has also composed much examination and sight reading material for the Associated Board of the Royal Schools of Music (ABRSM) and other educational bodies and publishers.

His music has been broadcast and recorded all over the world by leading ensembles and performed at prestigious venues including the Royal Albert Hall, Royal Festival Hall, Barbican Centre and Wigmore Hall in London; Carnegie Hall and the Lincoln Center in New York City; the Leipzig Gewandhaus in Germany and Sydney Opera House in Australia. He has been twice represented at the BBC Henry Wood Proms at the RAH (broadcast on BBC Radio 3). A 7 year post as civilian composer-in-residence to the Regimental Band of Her Majesty's Coldstream Guards resulted in much music for specific State events, Royal occasions and overseas tours.

He holds a Doctor of Musical Arts degree from the University of Salford, an Honorary Doctor of Letters degree from the University of West London and five fellowships. He is the Artistic Director for Studio Music Company (London), an External Examiner to the Royal Air Force Music Services (RAF Northolt) and honorary Principal of the Victoria College of Music examinations board. Overseas lecture tours include the USA, Europe, Australia and Brazil. His hobbies include reading, films, walking and cooking.